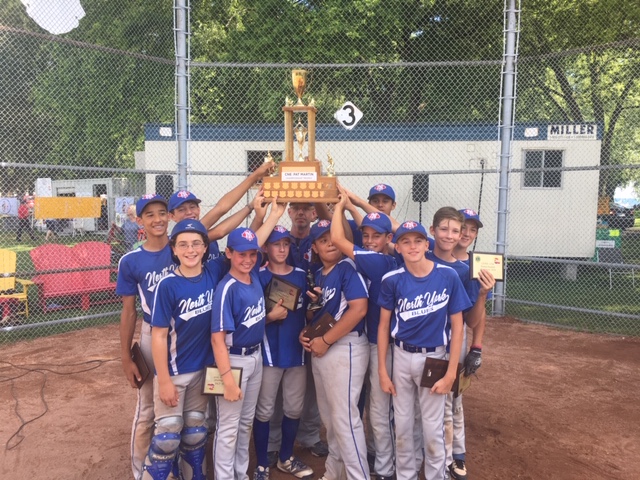 We started the tournament on the 21st of August by beating Markham by a 7-4 score lead by a Ryan Press grand slam. Ryan also got the player of the game award.

The QF game was on the 26th of August which NY won 8-7 in extra innings over Halton Hills. Demarius Shepherd got the player of the game award with 2 hits and 3 innings pitched.

On to the semis and finals on August 28th.

North York won the semi final vs Leaside in a barn burner with a final score of 24-15. Lead by a Ethan Swamy 3run homer and a Demarius Shephard solo shot. Ethan Bondy came in a pitched the final 4 innings giving up only 2 runs. Ethan Swaby came away with the player of the game award.

On to the finals where the Peewees beat Mississauga North 9-6 to take the championship. Doug Samaroo hit a moon shot home run. Ryan press pitched 5 innings of 1 run ball.

Spencer MacInnis got the defensive player award and Ryan spree received the pitcher of the game award.